The characteristics of CASIO’s newly developed Multi-dimensional Morphing AiR* Sound Source reflect thorough attention to detail in expressing the rich, resonating tones inherent to the piano. The capacity of the installed memory has been expanded to achieve a longer sampling duration and enhanced waveform data quality. The temporal changes in tone that create sound you would expect only from a piano, beginning with the initial sound and leading into a beautiful extension until the sound eventually vanishes, are reproduced naturally. learn more

The difference between the sound structures of a grand piano and a digital piano appears as a difference in timing, from the moment the instrument is played until the sound is audible. The new Tri-sensor Scaled Hammer Action Keyboard II responds by incorporating a system with three sensors that detect touches of the keys sequentially. learn more

The deep, beautiful resonance resulting from the use of a damper pedal is also reproduced naturally by a stereo resonance simulator installed on all 88 keys, an approach that differs from conventional simulated reproduction employing effect processing. The attention to detail goes so far as to simulate the resonance created by the lifting of the dampers themselves when the pedal is pressed.   A continuously variable system has been adopted for the damper pedal, moreover, reproducing even the subtle changes in reverberation that occur in response to the delicate pressure exerted by partial pedal operation. This enables players to employ pedal operation to achieve gracefully expressive performances. 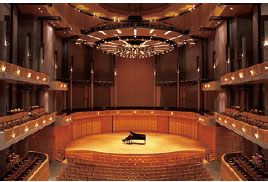 LINE IN/OUT jacks(L/MONO, R for each) 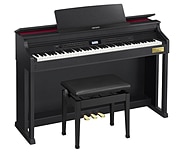 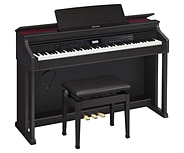 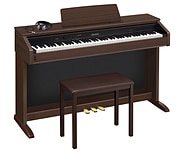 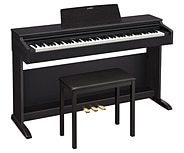 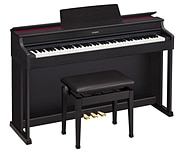