G-SHOCK is the watch brand that is always finding new ways to incorporate world culture icons into exciting and innovative designs. These new models are inspired by the rave scene that impacted the music of the '90s, and which has influenced today's techno and house club fashions.
These models were designed using a shiny color motif in the image of the laser lights, chemical light sticks, and other light sources that are widely used at large-scale music events and parties where dance music is played well into the night.
Starting with basic black, these models use pale blue coloring on the insides of their bi-color molded bands, as well as their faces and lettering. Pale pink accents also appear on the face of each model, which creates the illusion of prismatic light in the dark.
Base models are the big case, elegantly casual GAS-100, the big case analog-digital GA-110, and the GA-700, whose rugged design is accented by a front button. 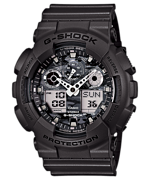 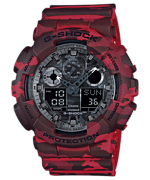