HondaJet Collaboration Model
Introducing a new model that is the result of collaboration between G-SHOCK and HondaJet, the aircraft that is revolutionizing the private jet market by meeting the challenges of modern private aviation.
The base model is TRIPLE G RESIST GRAVITY MASTER with carbon core guard structure and the ability to withstand the three gravitational acceleration forces of impact, centrifugal force, and vibration. The carbon monocoque case of the GRAVITYMASTER creates a design that is tough, yet lightweight, while carbon composite materials and monolithic molding enable durability and lightweight characteristics made possible by HondaJet innovations. This new collaboration model was born out a quest to achieve a balance between protection functions in order to deliver uncompromising toughness and aesthetics.
This new collaboration model was designed under the direct supervision of Michimasa Fujino, the President and CEO of Honda Aircraft Company, who was also in charge of the design and development of the HondaJet. Of particular note is the indicator at 12 o’clock which is in the form of a HondaJet. The design of this indicator was taken directly from one that was sketched by Michimasa Fujino himself.
The white and metallic blue coloring of this model mirrors that of the newest HondaJet Elite. The basic G-SHOCK black of this model is offset by white characters of a bezel formed by layering carbon fiber material, and a white face. Metallic blue coloring for the small dial, the case, and bezel spacers add accents that create a look of elegance and power. The finish of the crown reproduces the sleek and powerful finish of the fan blades of the HondaJet engines, which are mounted above the wings in a unique configuration. The base of the band on the 12 o’clock side lists the flight specs of the HondaJet (MCS: Maximum Cruising Speed, MOA: Maximum Operating Altitude, RANGE: Flight distance), while the band on the 6 o’clock side sports the HondaJet logo. This lets you maintain a close connection with HondaJet culture throughout the day.
The HondaJet spirit that is constantly meeting challenges on a global scale, combined with the G-SHOCK brand concept of tirelessly pushing the limits of toughness, results in a new collaboration timepiece that is the ultimate in both styling and engineering.

Michimasa Fujino
President and CEO, Honda Aircraft Company
Managing Officer, Honda Motor Company
Born in Tokyo in 1960, Michimasa Fujino graduated from Tokyo University with a doctorate in aeronautical engineering. He joined Honda Motor Company in 1984, and in 1986 he started on his journey of aircraft research and development. This led to the development of over-the-wing engine mounting and other technological advances that combined to make the small HondaJet business jet an international bestseller.
Fujino has garnered international recognition for his contributions to aeronautical research and design, becoming the first Japanese national to receive the American Institute of Aeronautics and Astronautics (AIAA) “Aircraft Design Award” (2012), the SAE International “Clarence L. (Kelly) Johnson Aerospace Vehicle Design and Development Award” (2014), and the International Council of the Aeronautical Sciences (ICAS) “Award for Innovation in Aeronautics” (2014). He was the first aircraft designer in the world to receive all three of these awards.
Fujino has also been honored as one of the “Living Legends Of Aviation,” an award that recognizes individuals such as Elon Musk, Jeff Bezos, and others who have made significant contributions to the aerospace industry in the United States. He has also been also elected as a member of the National Academy of Engineering in the United States. 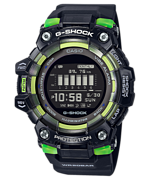 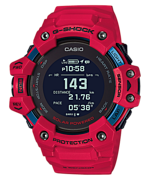